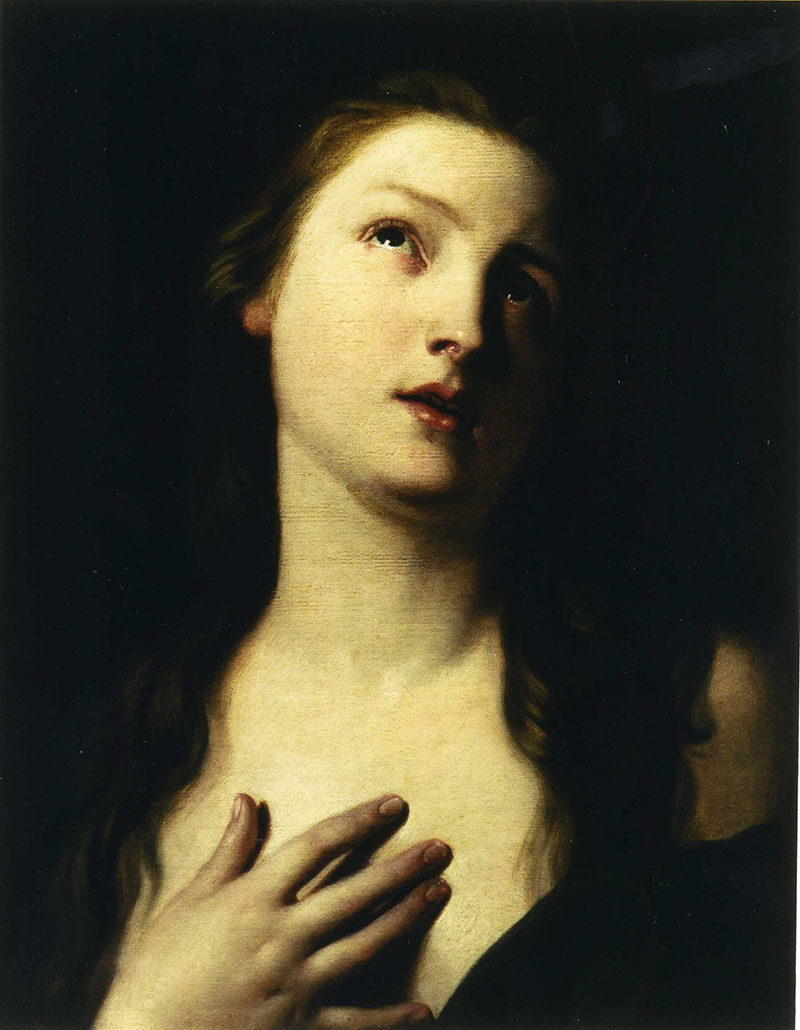 Description
The highly refined painting before us depicts SaintMary Magdalen in a state of ecstasy, and the artistdownplays any descriptive ornament in favour of intense facial expression.Clearly, the inscription at lower right (“CONTE PIETRO DE ROTARI 1757”) is not original, but althoughit was an addition it seems entirely plausible and accurate, also as regards dating. We may imaginethat these words were visible on the back of the canvas before its recent relining, and that they werewritten out on the front so as to document the history of the work.Certainly,the pictorial quality of this tender female figure leaves no doubt as to its status: far frombeing a copy, this is an autograph work by Pietro Rotari, and in this instance we are looking at hisreplica of the same subject housed in the Gemäldegalerie, Dresden. The canvas in Germany hasalmost exactly the same dimensions (45 x 35 cm).The latter painting dates from the end of the artist’s years in Vienna and Dresden (1750-1756) andreflects his success in various European courts, not only with state portraits but with the genre ofbust-lengths figures “di espressione”, in which description of character had a Gallic refinement thatplaced Rotari among the leading international artists of the late Rococo period. As regards ourpicture, the inscription referring to the year 1757 dates it to the beginning of the artist’s Russiansojourn, which lasted from May 1756 until his death.It is clear that Rotari’s taste, not to mention that of his patrons, was not for narrative painting butrather the moti d’animo–a depiction of the “motions of the mind”, in Leonardo da Vinci’s words.The Arcadian sensibility of Rotari’s time leant towards the sentimental and languid, in which thesubject (even a sacred one, as in our case) was nothing more than a pretext for this sortof image.