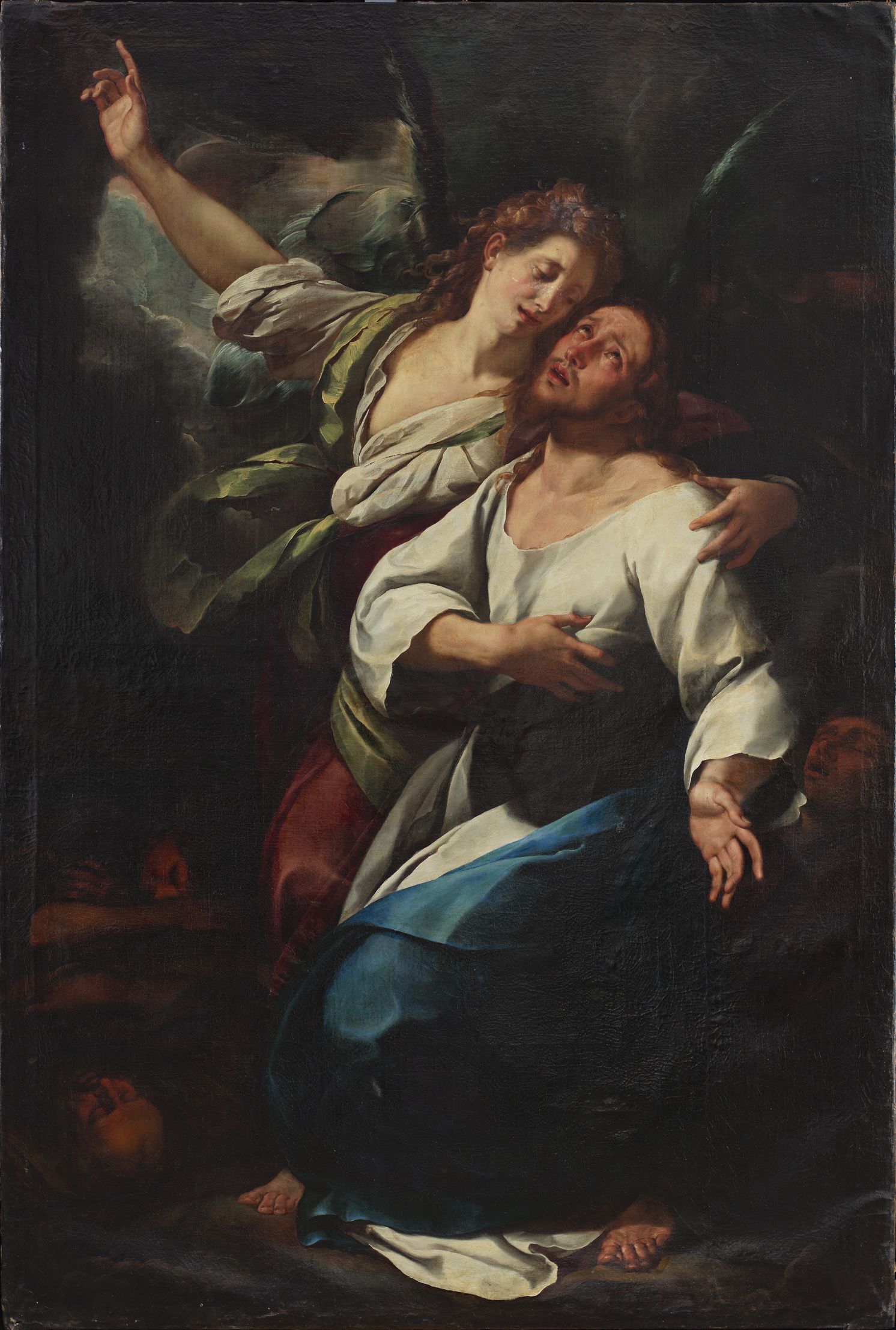 Agony in the Garden

Provenance
Probably in the Collection of the Conde de Adanero, Spain, during the second half of the 19th century, where paired with The Ecstasy of the Magdalen; In the collection of the Viscounts of Roda, Spain, by at least the 1930s; Private collection, Barcelona, by 2008.

This striking and beautiful painting of The Agony in the Garden is by one of the leading painters working in Milan during the early part of the 17th century, Giulio Cesare Procaccini. It can be dated circa 1616-20, during the decade immediately following the death of Caravaggio, whose influence is so evident in the dramatic treatment of light in the scene.

The painting is one of some half a dozen seemingly related large canvases by Procaccini that illustrate episodes from the Passion of Christ and share in common certain characteristics, namely similar dimensions, in many cases the distinctive signature format (block capital initials), the scale of the figures and a similar overall treatment and handling. Paintings from the group, in narrative order, are: the present Agony in the Garden, The Capture of Christ, sold New York, Sotheby’s, 25 January 2007, lot 45, The Flagellation in the Museum of Fine Arts, Boston; The Mocking of Christ, Graves Art Gallery, Sheffield; Ecce Homo, Dallas Museum of Art; The Raising of the Cross, National Gallery of Scotland, Edinburgh; and a Pieta, recorded as in a private collection.

Scholars have yet to determine the precise relationship of these paintings: Jonathan Bober suggested that the Boston and Sheffield works might have comprised lateral canvases in an altarpiece designed by Procaccini, perhaps with the Edinburgh Raising of the Cross as the centrepiece, although Brigstocke is reluctant to endorse this theory on account of the number of other works in the group.