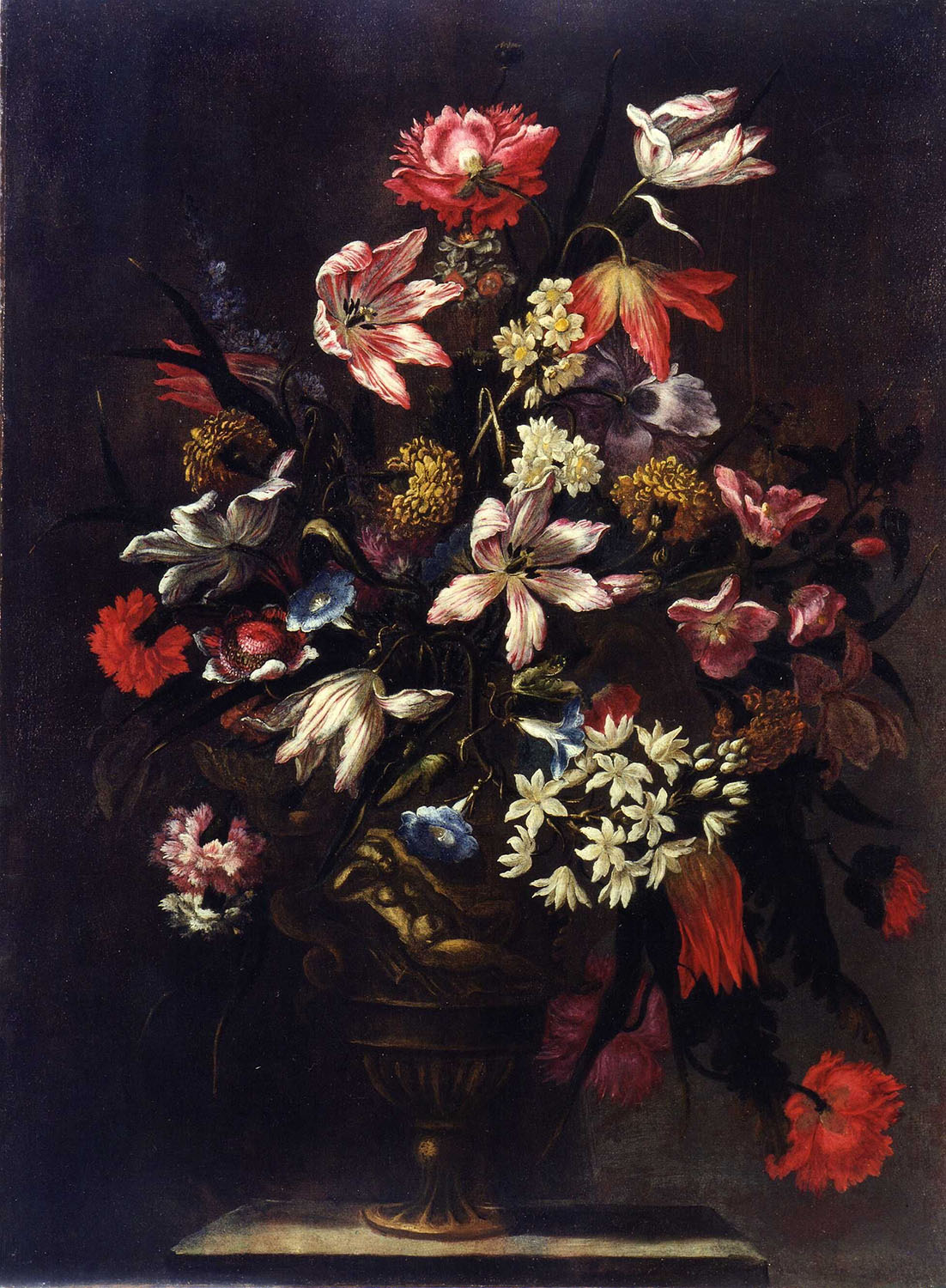 Two still lives, representing “very lovely fruit” remembered as by Mantovano in the collection of count Joham Matthias Schulenburg which were purchased in Venice, are the only examples traceable because of the subject to the work of our artist.

It is amazing how the work of the artist, well esteemed and recognized at the period, has today become the subject of research to identify at least part of is production.

Boschini (1660) gives us the key for this research, presenting in his text an engraving taken from a painting by Francesco Mantovano depicting a “vase of flowers and fruit” conceived with the commonly known as “antique vase” format, relating to the prototypes of the fifteen hundreds, a layout prevalent in all of Italy beginning with the second half of the century.

We do not know where Francesco had assimilated this culture and whom his teacher could have been but he certainly knew the graphic works of the Flemish artists Adrien Collaert (1560-1618) or Johann Theodor De Bry (1561-1623).

The typology and graphic precision of the Boschiniani invention may consent to reassert to the artist a series of four paintings in the Pinacoteca dei Concordi in Rovigo.
In the disposition of the flowers we notice a hierarchical choice, in other words following the models of Ferrari.

“ the least noble, and more copious I tie together, thick and in a bunch, large in the base, to acute at the top, the most noble and more noticeable with some distance, and towering from the point rises a flower, the most beautiful.”

Typical of Mantovano is the choice of the examples, narcissuses, mums, roses, anemones, tulips and above all a twisting ivy that fills the voids with small harebells. The work of Francesco Mantovano attests in such way the adhesion of the Venetian school to the recurrent models prevalent in the rest of Italy, characterized by the use of the format commonly referred to as “Antique Vase”