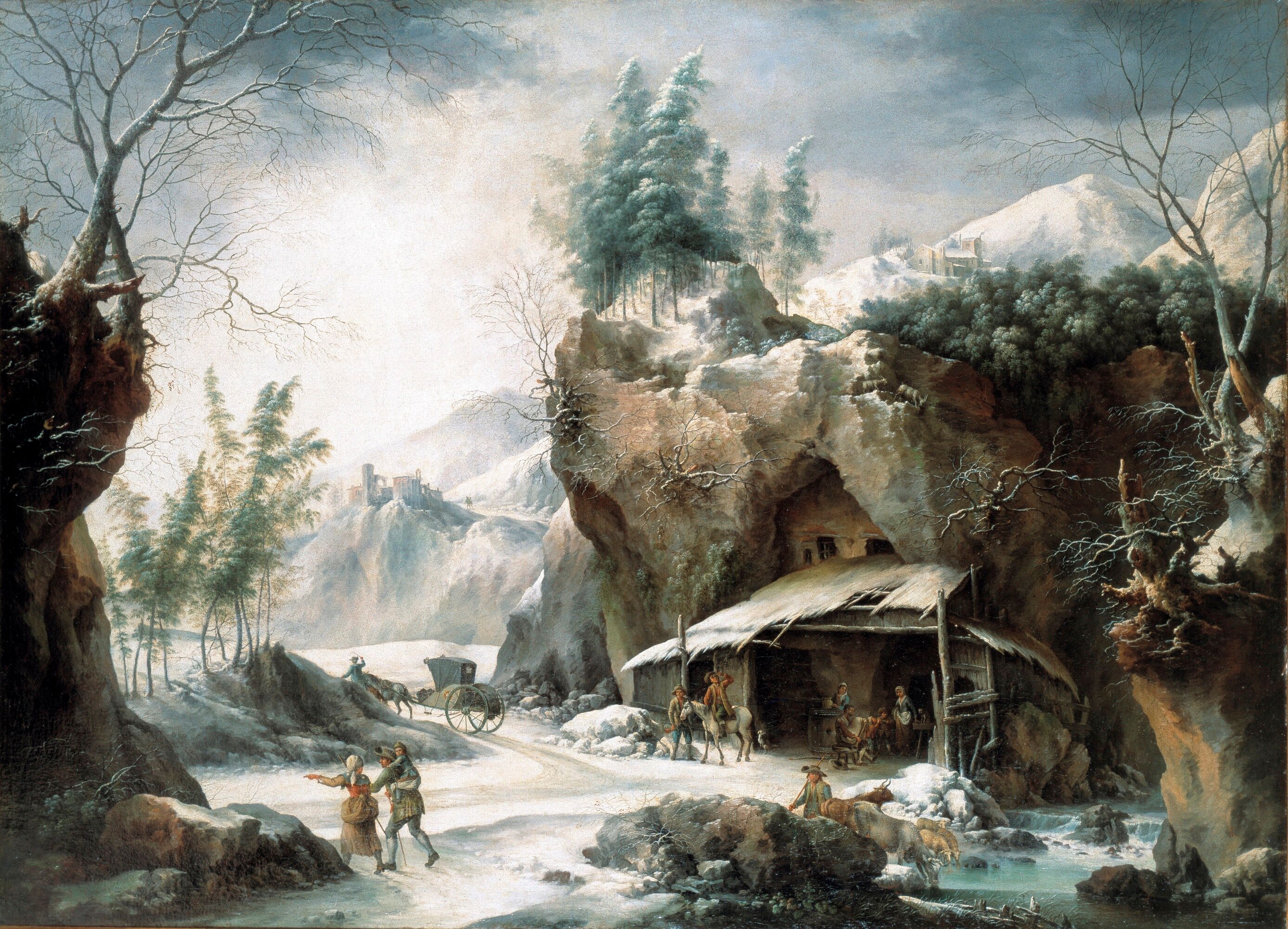 The Calèche in Front of the Shepherd’s Hut

One of Foschi’s masterpieces, this painting is of his mature period. The setting for this scene is basically the same as that in Preparing for a Journey (Private Collection), which is the preparatory work for this painting. Foschi has made minor changes in the arrangement of the travelers and provided himself a challenge by adding a farm hand with two oxen and three sheep watering at the edge of the icy stream.

A family travels on foot in the immediate foreground; the father carries his son on his back. They are identical to the mother and father shown in The Family Makes a Trip (Private Collection). Further along the road a calèche has stopped, presumably for refreshments at the roadside hut, tucked under the side of the mountain. Two men, one mounted, stand in front of the shelter, drinking what is probably vino cotto.

An old shepherd with a bagpipe is sitting on a stool and playing in the shelter. He is playing the cornamusa. It is different from another type of bagpipe used in the Marches, the zampogna, in that the two pipes are uneven. They were usually made by the pastor with the skin of a sheep. At the table, two children fight over food, while two women stand ready to serve more wine. At the far right in the shelter there is a dog doing his business. This is a typical touch of sarcasm by Foschi.

The painting is filled with a variety of movement. Separate dramas take place at the river’s edge, under the shelter, between the traveling couple and by the calèche.

The contrast between the isolation of the travelers and the warmth of the sheltered resting stop captures the spirit of a long journey, punctuated only occasionally by welcome respites like this one. All these lives will intersect for a moment at this bend in the road, and then continue on their independent ways. It is Foschi’s skill to catch this momentary intersection of lives separately, and as integral parts of a larger whole.