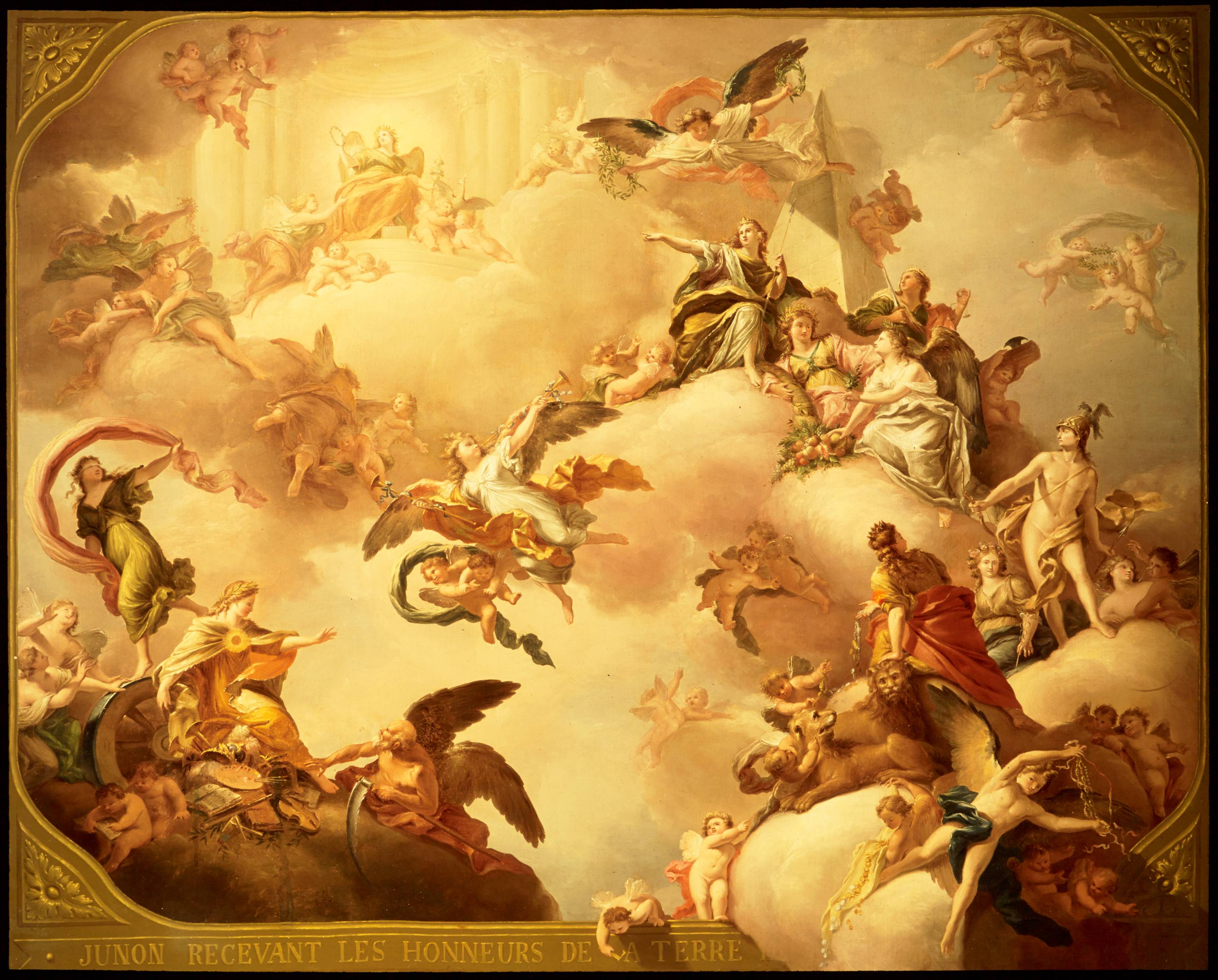 Juno Receiving the Honours of the Earth

Ehibition
Dai Manieristi ai Neoclassici, Rome, 1978; The Golden Age of Naples: Art and Civilization under the Bourbons 1734-1805, Detroit, USA, Detroit Institute of the Arts; From Light to Enlightenment, Exhibition in the Shanghai Art Museum, China, 12 -17 November 2005

Juno Receiving the Honours of the Earth is a splendid example of Fischetti’s mature style. According to Professor Nicola Spinosa (1), the painting is related directly to a ceiling fresco that Fischetti executed for the Palace of the Duke of Stigliano in Naples. Now destroyed, the fresco was visible until at least 1812 and is recorded as well in a preparatory drawing by the artist (Private Collection, Rome) (2). Our painting is either a finished “modello” for the ceiling fresco or a “ricordo” of the work, commissioned quite likely (on the basis of the inscription) by a French patron.

The allegorical subject of the painting is intricate, yet clearly understandable. In the centre the Figure of Fame blows a trumpet, while holding another. To her right are the figures of Victory, seated by a pyramid, and the Virtues —Fortitude, Justice, Abundance, and Peace. Below the Virtues are a crowned woman, a lion and lioness, and a nude man in a feather-crested helmet – an emblem of Spain and her American colonies in Neapolitan painting of the period. At the lower left are the figures of the winged Father Time, Truth with her hand on the wheel of Fortune (who walks atop), and the Arts—painting, music, and literature. High on the left sits the figure of Juno, accompanied by her symbolic peacock, receiving all these “earthly honours.”