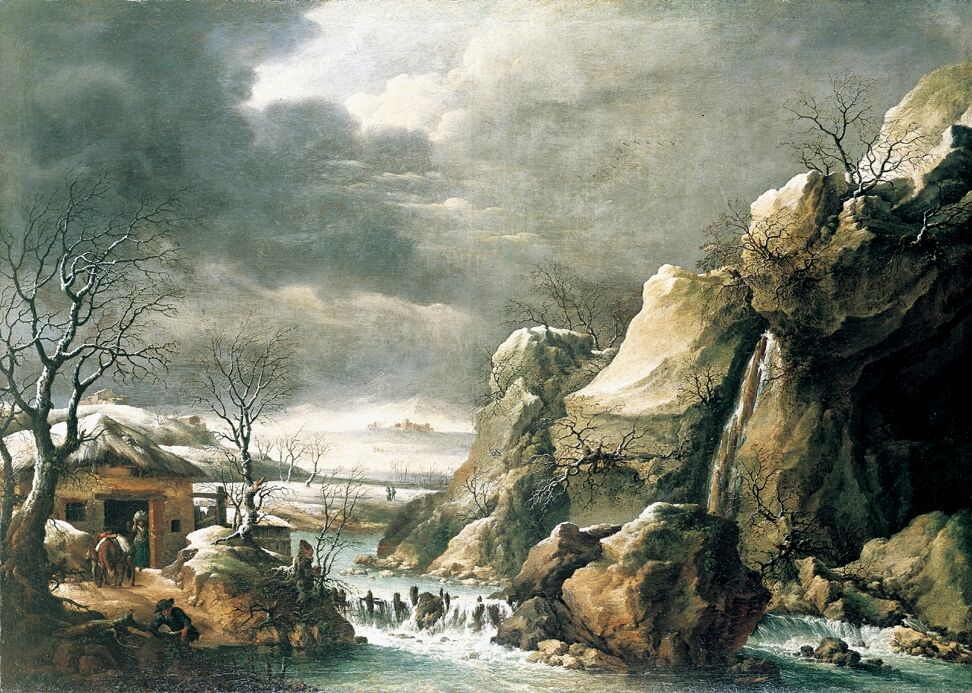 An ominous grey cloud threatens to impede the preparations for a journey that is the focal point ofthis large mature winter landscape. A man is loading his mule with his wife’s assistance. She is comingout of the modest stone thatched hut carrying a bundle on her head. Another man gathers wood atthe water’s edge, in front of the house.

A wooden outbuilding is visible behind the house, which is situated at a bend in the river. A dam inthe river and a large rock break its flow, adding turbulence to the foreground. The other side of theriver is sharply,mountainous. Leafless trees and scrub dot the otherwise bare rocks, whose massdominates the right side of the painting.

As the river winds around to the right, two hunters are visible, making their way across the snowyfields beyond the peasants’ hunt. Avariety of houses dot he snowy hills receding into the background,where a town is visible on the horizon.

Low dark clouds roll across the left side of the scene, Balancing the mountains. The movement of theclouds is palpable, adding a sense of urgency tothe scene.